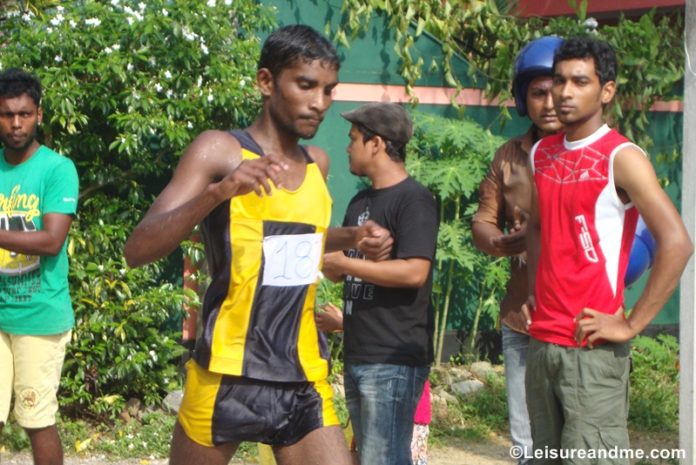 April is the month of the year which all traditional New year games of Sri Lanka are in action.Sinhala New Year games are unique and shows the rich culture and history of Sri Lanka.In April,Sri Lankans celebrate Sinhala and Tamil new year which is full of customs,traditions and cultural events.While there is a rich history related with these Sinhala and tamil New year games,here are some of the moments which I could capture in a New Year festival which I could participate.
As I shared in my other blog, In Sri Lanka we celebrate New Year in April. After the traditional customs and things we do at an auspicious time, it is time to celebrate. Among other customs and traditions, we also celebrate the New Year with traditional games. Below are some captures from such a New Year Games Festival I participated in Sri Lanka. It was such a fun experience and basically I had a nice time with our neighbors.
These games are full of fun and simple. During the April and after the New Year (that is after around 13th,14th April) there are lot of such festivals around country.
Below are some of the Sinhala New Year Games although there are many fun and interesting traditional games are there!

As for the most of such festivals, this New Year festival also started from the ‘Marathon’. Usually this includes competitors to complete a track which usually covers the residential area where the games festival is organized. At least 2-3 km is included for the runners to complete.

Coconut scraping is another fun event. Usually ladies enjoy this event much as it is one of the things they do at home for cooking. 🙂

Kana mutti bindeema (kana mutti game) is another fun game which is like a must in any New year games festival. Usually, for this game, there are few clay pots which are filled with sand or water and hanged in a row. Among these pots there is one pot which is filled with blue water.
Completion is to hit the clay pot which has blue water. To start the game, the eyes of the competitors are closed using a piece of cloth. They are provided with a bamboo stick to hit the pot.

The competitor who hit the pot which contains blue water will win the game. Even if there is a winner or no,this game is a fun event for all those who participate for the festival.Such folk games of Sri Lanka are excellent way to reunite with the others of the community!

Another game is Kotta pora which means pillow fight.It is basically, two competitors fight with a pillow till one person is fallen down. Usually a place is prepared using a pole placed horizontally at about 2 m in height. This can be placed in other vertically placed poles/columns. Then 2 competitors sit on both sides and beat each other using a bag (pillow) full of straw or some light weight things. This will continue until one falls off.

Climbing the slippery pole (Lissana gaha nageema) is another game.For this game, a very long timber pole is fixed into the ground. A flag is placed at the top of the pole.(tree).Then the organizers will apply some slippery thing like grease on this pole. The first person who climbs to the top of this slippery tree and who gets the flag is the winner.

I was lucky enough to watch these folk games of Sri Lanka together with the neighbours. 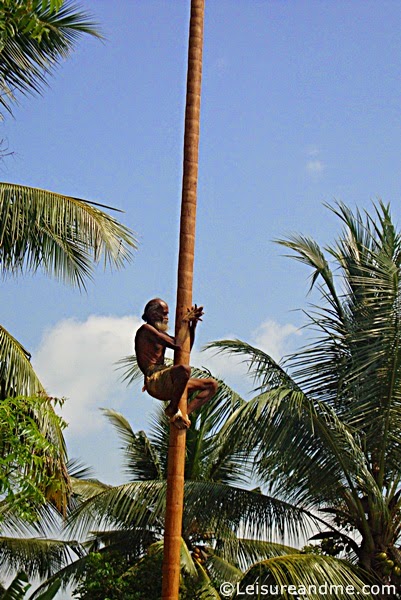 However, this game is played as a team. Those who participate for the game will repeat their attempt andremove the grease on each attempt. Finally one person will be able to get the flag. Usually the price is a good amount of money and the winner will share it among all those who participated in the team.

This is actually not an easy game, it requires lot of energy and also climbing skill. But there are people who like to participate for this game. Those who watch the game can give some donations (money) for the final prize. Organizers of the festival collect this type of donations and add that to the final prize.

Most of these festivals end with the competition of selecting ‘New Year Princess and Prince’ (Avurudu kumari/kumara).This competition is organized in national level too where beautiful girls and guys participate.However,in this New Year Festival which was organized by residents  around the area,it was a small competition for girls and boys below certain age limit.
Below is a capture of my niece who was happy with this competition and New Year festival.She is wearing a traditional Sinhala costume which we are still proud of as Sri Lankans.Although these traditional costumes are not very common in everyday lifestyle of Sri Lankans,still we admire wearing such a costume for April New Year including the traditional saree.
Below are our little girls who participated for the competition.All these girls are from our neighbors homes and for me all of them are beautiful and New Year Princesses. 🙂 They are wearing a traditional Sri Lankan dress,specially for girls. 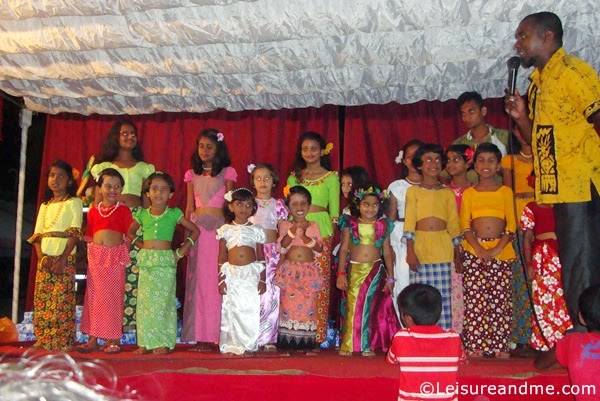 Below is a picture from a moment of ‘New Year Prince’ (Avurudu Kumara) competition.Little boys were wearing traditional Sinhala costumes to participate in to the Avurudu Kumara contest.

Though this image is not so clear,I hope you will have some idea of this traditional game of Sri Lanka. 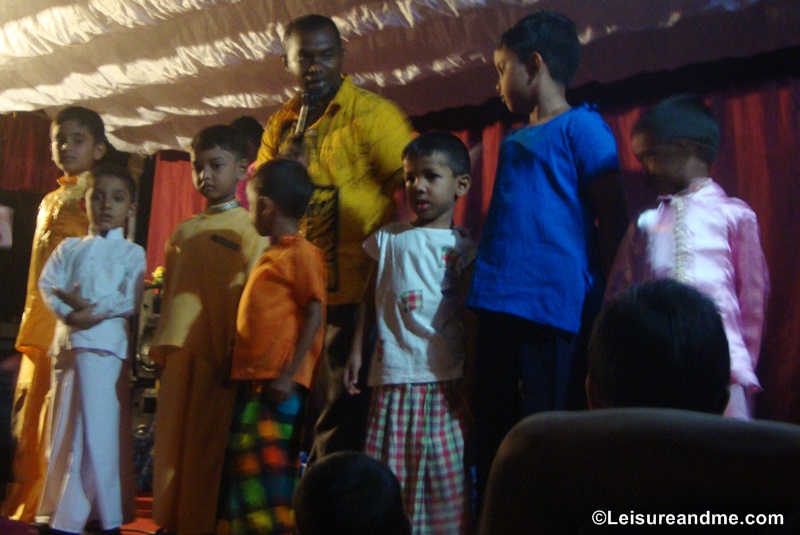