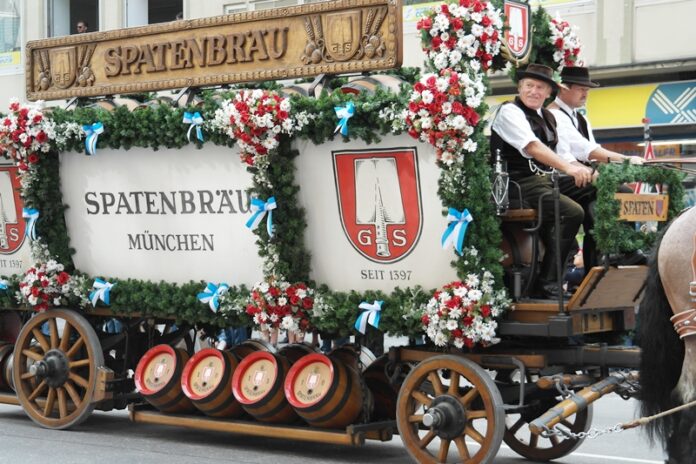 If you ask people about Oktoberfest, all you will hear is fun and excitement. Oktoberfest is held in Munich every year with a lot of events for visitors to experience. The place has complete guides for all the tourists from accommodation to the events list. This festival remains until these days, but due to the pandemic, it stopped for a while.

More than this, what is the story behind the success of Oktoberfest that everybody should know? Below is the brief history of the biggest public festival in the world, so check it out!

Here is the history of Oktoberfest, a beer festival, on year to year basis:

Oktoberfest started as an annual celebration for a royal event in Munich in 1810. Particularly, it is when Prince Ludwig married Princess Teresa on October 12th by which the citizens were invited to watch the event in front of the city gate. It is a joyful moment on the fields so then it is called Theresienwiese, in short for “Weis’n”.

One of the traditions during Oktoberfest is horse racing to be held in Bavaria with the royal family. It is part of the wedding celebration which happens five days after. The tradition repeats in the following years to better establish October Festivals. Horse race only lasts until 1960 thus no longer occurs today. Nonetheless, there are times when Oktoberfest is canceled because of wars and other reasons.

Oktoberfest added an Agricultural Show to support the Bavarian economy. It is held in the Southern part of Wiesn every three years. The event was canceled in 1813 due to the Napoleon war.

After a couple of years, Oktoberfest is declared by the citizens of Munich to be an annual event. Its duration is extended and held in September to take advantage of the warm climate. It is when the event becomes more entertaining with a setup carousel and two swings. Oktoberfest really has improved year after year.

Johann Stiglmaier and Ferdinand Von Miller have built the statue of Bavaria. It is designed by Ludwig Michael Schwanthaler and Leo Von Klenze. The statue could be the best place to watch any events with a better viewing experience.

A cholera epidemic and war against Prussia took place which suspended the event. It was a long year of missing the festival then.

Electric lighting gave life to the tents for the first time. It made the festival livelier and has attracted more visitors.

The opening parade is added like what happened in 1810, however much better. There is an opening ceremony to officially start the festival.

Finally, a glass of beer is served for the guests. Large halls were also built to accommodate more drinkers with the best beverages. No more beer stands, unlike the old days. The landlords are responsible for providing a nice place for the visitors.

It was the 100th anniversary since Oktoberfest started. As a sign of celebration, 120,000 liters of beer is to be consumed by everyone. This beats the record in history. The largest tent is also built to cater to 12,000 guests. Then, the First World War happened in four years that cancelled the event.

Oktoberfest is celebrated during autumn which brings different feelings compared to the previous years.

Another problem has canceled the event, specifically inflation. This was not the last time it was suspended as wars continued to take over in the mid-1900s.

The traditional opening ceremony was introduced with Thomas Wimmer tapping the barrel. It is used up to now whenever Oktoberfest is about to start.

Oktoberfest became more famous around the world. In 1970, it developed another highlight of the festival named “The Gay Days” under specific organizations. The next 10 years are very tragic and cannot be forgotten in their history.

Oktoberfest began to accommodate more families thus adjustments on the sound are essential, like limiting the decibels.

The organization prohibited smoking in closed spaces. However, selling tobacco is fine inside the hall. Political debates talked about the smoking ban and other exemptions were created for the event.

There is no more smoking ban around the area. This year also marked the 100th anniversary of the festival. The participants show off some historical costumes to open the event. Beer drinking continues as other visitors can enjoy the view in Munich.

The Dark Sides of Oktoberfest History

Oktoberfest, like the other big events, had a tragic experience. A bomb explosion has killed 13 people and more than 200 are injured in 1980. This has spread theories toward the festival that remained unanswered, which by that time Oktoberfest has already gained popularity across the world. The organization had solved the problem for the tradition to keep going in the next four years.

Oktoberfest was also canceled more than 20 times in its history. As mentioned earlier, cholera and war are the main reasons why the event is suspended. The problems of inflation have also shaken the event’s success.

Overall, Oktoberfest is a historical event in Munich. It began with a simple wedding event and now became the largest beer festival in the world. There may be dark sides in its history but a very fun experience to try. Sadly, due to the pandemic, the event is currently suspended.